Gateways – Translating between space and ground 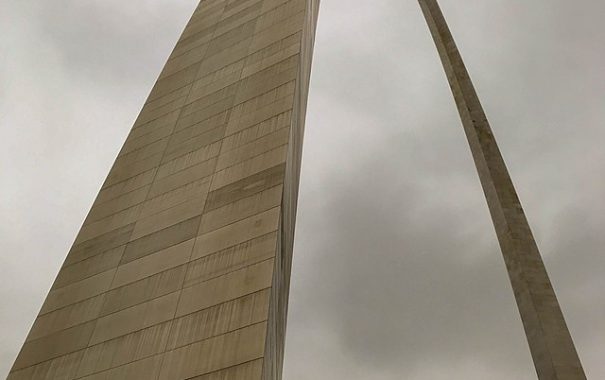 Cloud software has changed space in nearly every conceivable way, yet it remains overshadowed by hardware’s historical dominance of the space narrative. This is the case for both space-based and ground-based hardware, from satellites, to ground networks to mission control. As software continues to eat space, we present a series of posts on some of the most unique aspects of Major Tom’s cloud-based architecture and how to add true value to satellite builders, owners, operators and end-users.

Today there exists a set of problems centered around the most critical function of a satellite mission; it’s day-to-day operations:

Major Tom is the result of thinking about how to solve these problems. In this post, we explore our primary solution to the problems mentioned above – The Major Tom Gateway.

What is a Gateway?

We begin with an overview of Major Tom’s flexible architecture via an explanation of the Gateway and the Gateway API. Gateways are a common term in the space industry, typically referring to a ground station hub or terminal. In the case of Major Tom, a Gateway can be thought of as the translation layer between your satellite and Major Tom. Messages from Major Tom can contain information about the state of the world (such as Pass Events) or the actions of an Operator (such as clicking to execute a command). Messages to Major Tom contain information to help drive the UI, such as the progress of a file download, the telemetry from a satellite, or the status of a command being executed. The Gateway translates these messages to be read by the appropriate recipient.

Major Tom does not natively support any communication protocols. Rather, we implement that support through the use of a Gateway. Again, a Gateway is an independent translation layer for communication and encryption protocols between spacecraft and Major Tom. Communication is sent across a WebSocket API (we refer to this as the Gateway API, not to be confused with the Gateway itself). Customers (and/or users) host their Gateway(s) in the cloud or in their own servers. User encryption keys as well as CCSDS or other protocols will also live in the Gateway. Using telemetry receipt as an example: when a Gateway receives raw telemetry, it decrypts and de-packetizes data, and then sends data over over the WebSocket API (Gateway API) in JSON format to Major Tom. Major Tom can then manipulate and send that data to a user. The Gateway can also act as a routing mechanism. For example, with respect to Payload and Telemetry, customers can send Payload information off to their own data processing pipeline that they have in their own cloud or on premise. 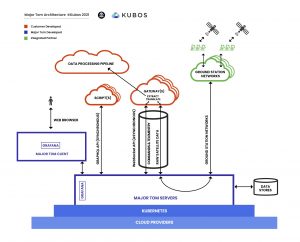 Major Tom doesn’t know what commands are specific to your satellite until it is configured. Customers or users write a Gateway (in any language—for example, we provide one for KubOS in Python) and talk to us over our Gateway API using the WebSocket protocol. Major Tom is truly out of the box operations software that reports data the way you expect it directly from your Flight Software applications. This includes, but is not limited to:

Gateways connect to the satellite in several ways:

For more information or a product demo, check out our website